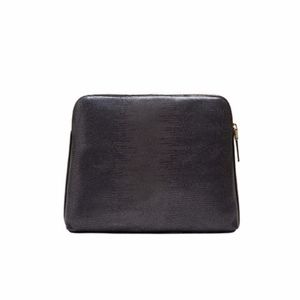 India Hicks Insider- Black BRAND NEW. still in plastic. This pouch will add function and organization to any bag you own. The construction of the bag allow it to stand up rather than lying flat. Most tablets fit inside. Embossed leather made in Italy Dimensions: 11 x 8.5 x 2 Interior has 1 slip pocket, 1zip pocket and several slots for credit cards.
|||